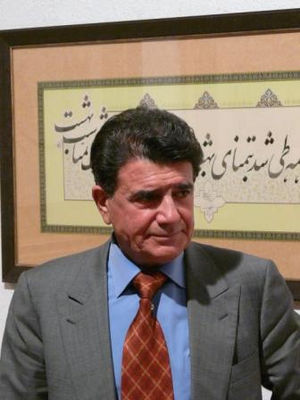 He was also known for his skills in Persian calligraphy and humanitarian activities.Shajarian started his singing career in 1959 at Radio Khorasan, rising to prominence in the 1960s with his distinct style of singing.

He has cited legendary Persian tar soloist Jalil Shahnaz as highly influential to his development, indicating that he has often tried to mimic Shahnaz's playing style in his singing.

He was recognized as a skilled singer in the challenging traditional Dastgah style.In 1999, UNESCO in France presented him with the Picasso Award and in 2006 with the UNESCO Mozart Medal.

After coming out in support of the Iranian Green Movement and criticizing the Iranian government, he was banned from holding concerts and releasing music.