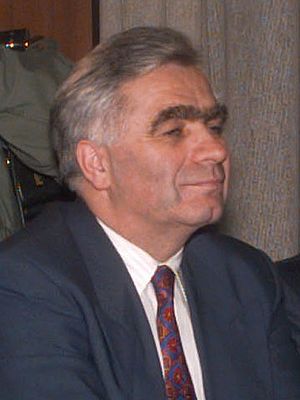 He lost his bid for re-election in 1998 to Živko Radišić.In 2006 Krajišnik was found guilty of committing crimes against humanity during the Bosnian War (1992–95) by the International Criminal Tribunal for the former Yugoslavia (ICTY) and was sentenced to 20 years' improsonment.

He was later granted early release on 1 September 2013, and he returned to Republika Srpska.

Political leader
Back
This content was extracted from Wikipedia and is licensed under the Creative Commons Attribution-ShareAlike 3.0 Unported License