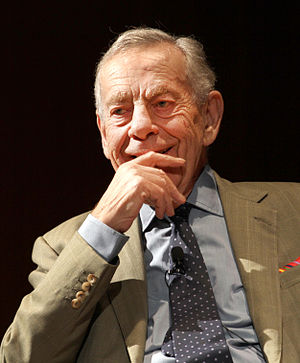 He was best known for his long tenure on the news magazine 60 Minutes, whose cast he joined in 1970 after its second year on television.

He was the longest-serving reporter on 60 Minutes, the most watched and most profitable program in television history.During his 60-year career as a broadcast journalist, Safer received numerous awards, including twelve Emmys, a Lifetime Achievement Emmy from the National Academy of Television Arts and Sciences, three Overseas Press Awards, three Peabody Awards, two Alfred I. duPont-Columbia University Awards, and the Paul White Award from the Radio-Television News Directors Association.

In 2009, Safer donated his papers to the Dolph Briscoe Center for American History at the University of Texas at Austin.

Jeff Fager, executive producer of 60 Minutes, said "Morley has had a brilliant career as a reporter and as one of the most significant figures in CBS News history, on our broadcast and in many of our lives.

Morley's curiosity, his sense of adventure and his superb writing, all made for exceptional work done by a remarkable man." He died a week after announcing his retirement from 60 Minutes. Broadcast journalist
Back
This content was extracted from Wikipedia and is licensed under the Creative Commons Attribution-ShareAlike 3.0 Unported License