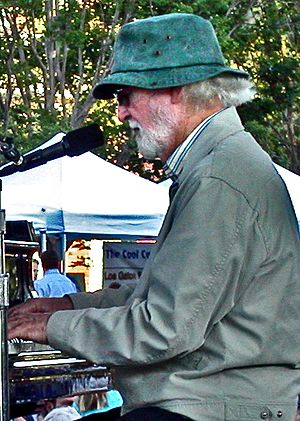 Mose John Allison Jr. (November 11, 1927 – November 15, 2016) was an American jazz and blues pianist, singer, and songwriter.He became notable for playing a unique mix of blues and modern jazz, both singing and playing piano.

After moving to New York in 1956, he worked primarily in jazz settings, playing with jazz musicians like Stan Getz, Al Cohn, and Zoot Sims, along with producing numerous recordings.

He is described as having been "one of the finest songwriters in 20th-century blues." His songs were strongly dependent on evoking moods, with his individualistic, "quirky", and subtle ironic humor.

His writing influence on R&B had well-known fans recording his songs, among them Pete Townshend, who recorded his "Young Man Blues" for the Who's Live at Leeds album in 1970.

John Mayall was one of dozens who recorded his classic, "Parchman Farm", and Georgie Fame used many of Allison's songs.

Others who recorded his songs included Leon Russell ("I'm Smashed") and Bonnie Raitt ("Everybody's Cryin' Mercy").The 1980s saw an increase in his popularity with new fans drawn to his unique blend of modern jazz.

In the 1990s he began recording more consistently.Van Morrison, Georgie Fame and Ben Sidran collaborated with him on a tribute album, Tell Me Something: The Songs of Mose Allison.

The Pixies wrote the song "Allison" as a tribute.Allison's music had an important influence on other artists, such as Jimi Hendrix, J.

J.Cale, the Yardbirds, the Rolling Stones, Tom Waits, and Pete Townshend.He was inducted into the Long Island Music Hall of Fame in 2006. 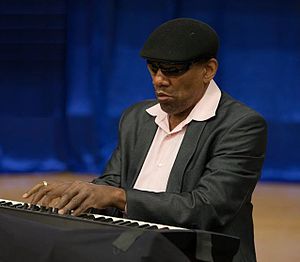 American jazz and blues pianist
Back
This content was extracted from Wikipedia and is licensed under the Creative Commons Attribution-ShareAlike 3.0 Unported License