In 1892, he made an unsuccessful bid for President on a platform of bimetallism, but lost the nomination to Grover Cleveland, his longtime political rival and former running mate. 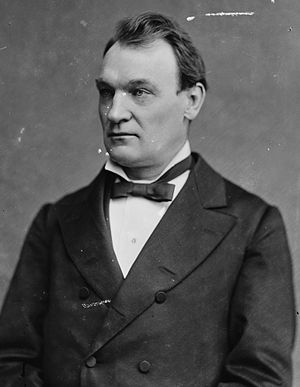