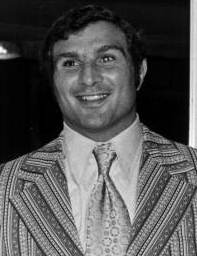 He played for the Boston Patriots and Miami Dolphins, winning two Super Bowls with the Dolphins.Buoniconti was inducted into the Pro Football Hall of Fame in 2001.

Professional football player
Back
This content was extracted from Wikipedia and is licensed under the Creative Commons Attribution-ShareAlike 3.0 Unported License