Osami Nagano (永野 修身, Nagano Osami, June 15, 1880 – January 5, 1947) was a Marshal Admiral of the Japanese navy and one of the leaders of Japan's military during most of the Second World War.

In April 1941, he became Chief of the Imperial Japanese Navy General Staff.In this capacity, he served as the navy's commander-in-chief in the Asia-Pacific theater until his removal in February 1944.

After the war, he was arrested by the International Military Tribunal for the Far East but died of natural causes in prison during the trial. 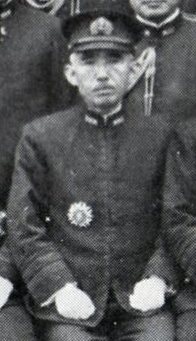