Oscar Parmenas "Paddy" Lambert (October 25, 1890 – May 27, 1970) was an American football, basketball, baseball, table tennis, and chess player.He played college football for West Virginia Wesleyan College from 1912 to 1913 and was captain of the school's 1913 football team.

He also played at first base for the West Virginia Wesleyan baseball team.While attending law school at the University of Michigan, he played for the 1917 Michigan Wolverines football team and was selected as a second-team All-American and a first-team All-Western player.

Lambert later practiced as a lawyer in Ohio. 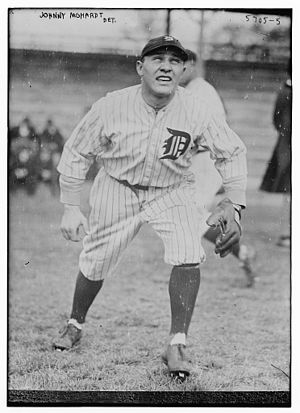 American football and baseball player
Back
This content was extracted from Wikipedia and is licensed under the Creative Commons Attribution-ShareAlike 3.0 Unported License