Otto Mahler (18 June 1873 – 6 February 1895) was a Bohemian-Austrian musician and composer who died by suicide at the age of 21.The twelfth child of Bernard and Marie Mahler, Otto was born in Jihlava and resembled his elder brother Gustav Mahler in displaying a special talent for music at an early age.

Gustav Mahler was already Director of the Royal Opera in Budapest when Otto Mahler entered the Vienna Conservatory in 1888 at the age of 15.

Natalie Bauer-Lechner's memoirs describe Otto as having been "liberated from his father's business" by Gustav—who became head of the family, and financially responsible for Otto, upon the deaths of Bernard and Marie in 1889.

Commentary on Otto's life tends to assert that he was a talented student.He appears to have been less diligent than his brother had been, however.

After a few successful terms studying harmony and counterpoint with Anton Bruckner and piano with , his marks declined, and the annual report for his first year shows that for some reason he took no final examination in composition.

From that point on his academic performance was increasingly poor, and in April 1892, Otto Mahler left the Conservatory without a diploma.

With the help of his brother, Otto was able to find minor musical posts in provincial towns.He seldom stayed long in any place, however.

In the autumn of 1893, he took on a position as choirmaster and second conductor of the Leipzig Opera.After moving to a position in Bremen, he returned to Vienna.

It was in Vienna on 6 February 1895, that Otto shot himself with a revolver while in the house of his and Mahler's friend Nina Hoffmann-Matscheko.

His motivation remains unknown, though the 'Illustrierte Wiener Extrablatt' speculated about a 'matter of the heart'.According to Gustav's widow Alma, Otto's suicide-note stated that life no longer pleased him, so he 'handed back his ticket'.

Otto Mahler's music remains unpublished and is apparently uncatalogued.No recent performances are known; indeed, the very survival of the scores is currently uncertain.

At the time of his death, Otto was in possession of an autograph of the first three movements of Anton Bruckner's Third Symphony; this, along with certain of his other effects, passed into the hands of his brother Gustav (apparently in a locked trunk that Gustav never opened), and thence to the collection of his widow Alma.

The bulky Bruckner manuscript was one of the very few possessions carried in her backpack during her daring 1940 escape over the Pyrenees with her third husband, writer Franz Werfel, avoiding Vichy France border patrols. 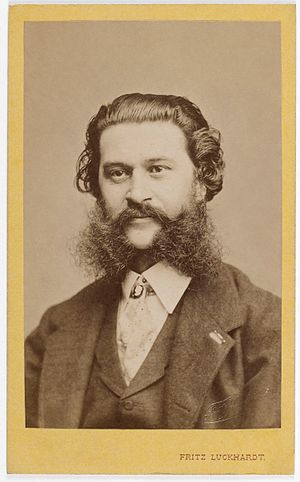