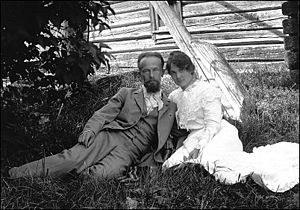 Along with Eino Leino in the early 20th century, he is considered as a pioneer of Finnish poetry.Manninen translated the works of Homer, Sophocles, Euripides, Heine, Ibsen, Petőfi and Runeberg into Finnish.

Finnish writer
Back
This content was extracted from Wikipedia and is licensed under the Creative Commons Attribution-ShareAlike 3.0 Unported License