Sidney Aaron "Paddy" Chayefsky (January 29, 1923 – August 1, 1981) was an American playwright, screenwriter and novelist.He is the only person to have won three solo Academy Awards for writing both adapted and original screenplays.

He was one of the most renowned dramatists of the Golden Age of Television.His intimate, realistic scripts provided a naturalistic style of television drama for the 1950s, dramatizing the lives of ordinary Americans.

Martin Gottfried wrote in All His Jazz that Chayefsky was "the most successful graduate of television's slice of life school of naturalism." Following his critically acclaimed teleplays, Chayefsky became a noted playwright and novelist.

As a screenwriter, he received three Academy Awards for Marty (1955), The Hospital (1971) and Network (1976).The movie Marty was based on his own television drama about two lonely people finding love.

Network was a satire of the television industry and The Hospital was also satiric.Film historian David Thomson called The Hospital "years ahead of its time. […] Few films capture the disaster of America's self-destructive idealism so well." His screenplay for Network is often regarded as his masterpiece, and has been hailed as "the kind of literate, darkly funny and breathtakingly prescient material that prompts many to claim it as the greatest screenplay of the 20th century." Chayefsky's early stories were frequently influenced by the author's childhood in The Bronx.

Chayefsky was part of the inaugural class of inductees into the Academy of Television Arts & Sciences' Television Hall of Fame.

He received this honor three years after his death, in 1984. 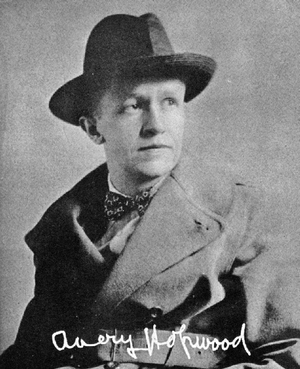