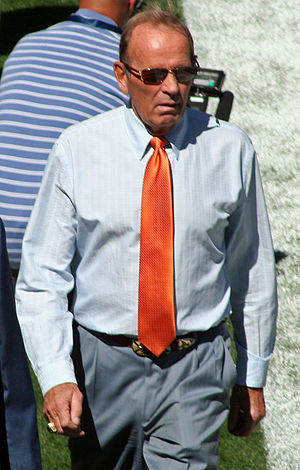 Patrick Dennis Bowlen (February 18, 1944 – June 13, 2019) was a Canadian–American lawyer and executive who was the majority owner of the Denver Broncos of the National Football League (NFL).

The Bowlen family, including his two brothers John Bowlen and Bill Bowlen, and sister Marybeth Bowlen, purchased the team from Edgar Kaiser in 1984.

Bowlen served as the Broncos CEO from his purchase of the club in 1984 until July 2014, when he stepped down as Broncos' CEO due to the onset and progression of Alzheimer's disease.