Coverdell died from a cerebral hemorrhage in Atlanta, Georgia in 2000 while serving in the United States Senate.He was a member of the Republican Party. 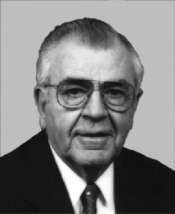