Major-General Sir William Penn Symons KCB (17 July 1843 – 23 October 1899) was a British Army officer who was mortally wounded as he commanded his forces at the Battle of Talana Hill during the Second Boer War.

While his forces won the battle, they had to abandon their position and fall back to Ladysmith.Symons and the more severely wounded were left to the Boers; he died three days later as a prisoner of war.

A monument to his valour was raised in Victoria Park, Saltash, Cornwall, UK. 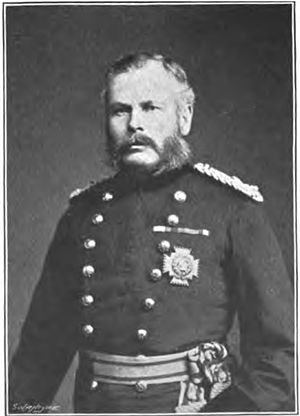 British Army general
Back
This content was extracted from Wikipedia and is licensed under the Creative Commons Attribution-ShareAlike 3.0 Unported License