Alfred Hawthorne "Benny" Hill (21 January 1924 – 20 April 1992) was an English actor, comedian, singer and writer.He is best remembered for his television programme The Benny Hill Show, an amalgam of slapstick, burlesque and double entendre in a format that included live comedy and filmed segments, with Hill at the focus of almost every segment.

Hill was a prominent figure in British culture for nearly four decades.His show proved to be one of the great success stories of television comedy and was among the most-watched programmes in the UK, with the audience peaking at more than 21 million in 1971.

The Benny Hill Show was also exported to half the countries around the world.In 2006, Hill was voted by the British public number 17 in ITV's poll of TV's 50 Greatest Stars.

His comedy song "Ernie (The Fastest Milkman in the West)" was the UK Singles Chart's Christmas number-one single in 1971. 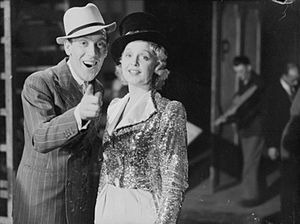