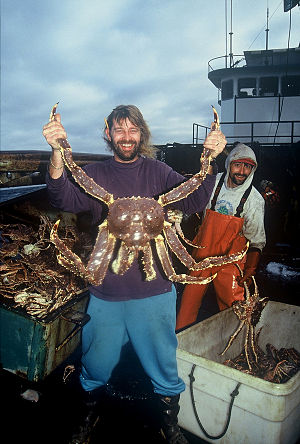 He suffered a massive stroke while offloading C. opilio crab in port at Saint Paul Island, Alaska, on January 29, 2010.Despite extreme improvements in his condition, Harris died on February 9, 2010, at the age of 53, while suffering an intracranial hemorrhage in the hospital.

The episode of Deadliest Catch featuring the Captain's death aired on July 20, 2010, followed by a special tribute episode. 
Businessman
Back
This content was extracted from Wikipedia and is licensed under the Creative Commons Attribution-ShareAlike 3.0 Unported License