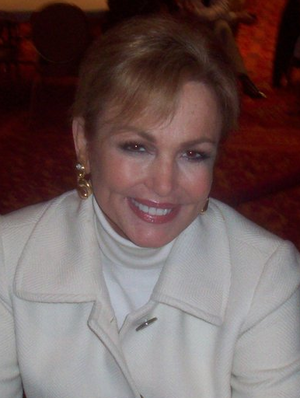 Phyllis Ann George (June 25, 1949 – May 14, 2020) was an American businesswoman, actress, and sportscaster.In 1975, George was hired as a reporter and co-host of the CBS Sports pre-show The NFL Today, becoming one of the first women to hold an on-air position in national televised sports broadcasting. American businesswoman
Back
This content was extracted from Wikipedia and is licensed under the Creative Commons Attribution-ShareAlike 3.0 Unported License