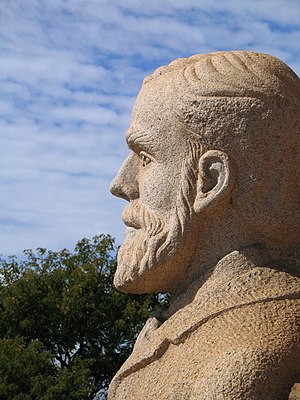 Pieter Mauritz Retief (12 November 1780 – 6 February 1838) was a Voortrekker leader.Settling in 1814 in the frontier region of the Cape Colony, he assumed command of punitive expeditions in response to raiding parties from the adjacent Xhosa territory.

He became a spokesperson for the frontier farmers who voiced their discontent, and wrote the Voortrekkers' declaration at their departure from the colony.

He was a leading figure during their Great Trek, and at one stage their elected governor.He proposed Natal as the final destination of their migration and selected a location for its future capital, later named Pietermaritzburg in his honour.

The massacre of Retief and his delegation by the Zulu King Dingane and the extermination of several Voortrekker laagercamps in the area of the present town of Weenen led to the Battle of Blood River on the Ncome River.

The short-lived Boer republic Natalia suffered from ineffective government and was eventually annexed to the British Cape Colony.