His principal subjects were Christian religious themes.He worked in Antwerp and Brussels and was appointed court painter to Charles V, Holy Roman Emperor.

These publications played a pivotal role in the dissemination of Renaissance ideas in Northern Europe.They contributed to the transition in Northern Europe from the late Gothic style then prevalent towards a modern 'antique-oriented' architecture. 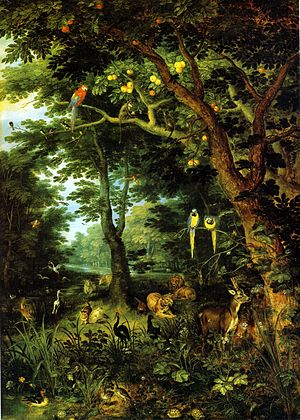 Flemish painter
Back
This content was extracted from Wikipedia and is licensed under the Creative Commons Attribution-ShareAlike 3.0 Unported License