Pieter Jelles Troelstra (20 April 1860 – 12 May 1930) was a Dutch lawyer, journalist and politician active in the socialist workers' movement.He is most remembered for his fight for universal suffrage and his failed call for revolution at the end of World War I.

From 1888 to 1904, Troelstra was married to Sjoukje Bokma de Boer, a well-known children's book writer, under the pen name of Nienke van Hichtum. 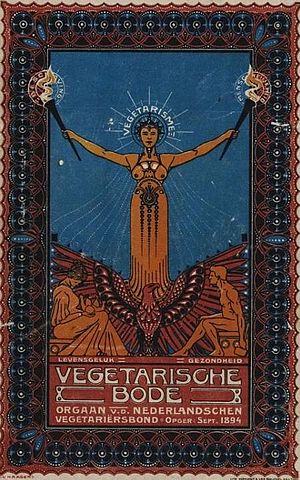