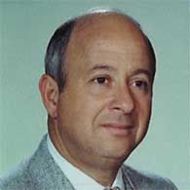 Pinchas Goldstein (Hebrew: פנחס גולדשטיין, born 26 August 1939, died 14 August 2007) was an Israeli politician, who served as a member of the Knesset for Likud and the New Liberal Party between 1981 and 1992, and as Deputy Minister of Communications and Deputy Minister of Education and Culture during the early 1990s.