Due to his oratorical gifts, he has been called "the Polish Bossuet".Skarga is remembered by Poles as a vigorous early advocate of reforms to the Polish–Lithuanian polity, and as a critic of the Commonwealth's governing classes, as well as of its religious tolerance policies.

He advocated strengthening the monarch's power at the expense of parliament (the Sejm) and of the nobility (the szlachta).He was a professor at the Kraków Academy and in 1579 he became the first rector of the Wilno Academy.

Later, he served in the Jesuit College at Kraków.He was also a prolific writer, and his The Lives of the Saints (Żywoty świętych, 1579) was for several centuries one of the most popular books in the Polish language.

His other important work was the Sejm Sermons (Kazania Sejmowe, 1597), a political treatise, which became popular in the second half of the 19th century, when he was seen as the "patriotic seer" who predicted the partitions of Poland. 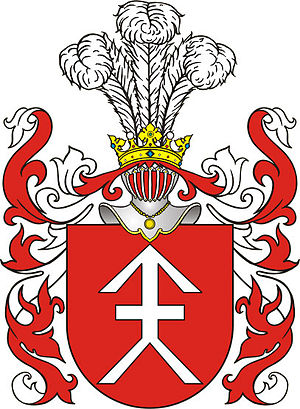 Polish writer
Back
This content was extracted from Wikipedia and is licensed under the Creative Commons Attribution-ShareAlike 3.0 Unported License