Giuseppina Pasqualino di Marineo (9 December 1974 – 31 March 2008), known as Pippa Bacca, was an Italian feminist artist who, together with a fellow artist, was hitchhiking internationally to promote world peace under the motto, "marriage between different peoples and nations", symbolically wearing a wedding dress during her trek.

On 31 March 2008, Pippa Bacca disappeared in Gebze in Turkey.Her body was discovered in the same city on 11 April 2008.The police arrested a man who later led them to her body. 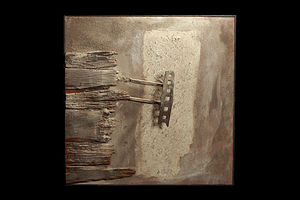