Roy Chamberlain "Polly" Wolfe was a professional baseball player.He played parts of two seasons in Major League Baseball, 1912 and 1914, for the Chicago White Sox, primarily as a right fielder.

He batted .214 for his career and made one error, which greatly affected his overall fielding percentage, (.875).He is part of the select group of Major League Players to play at Wahconah Park. 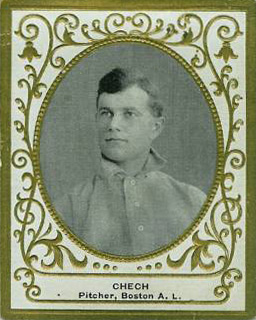