He served as foreign minister from 1949 to 1950 and then served as ambassador to the United States.In September 1957 when Sarit Thanarat seized power in a military coup, he appointed Pote to be the acting prime minister.

He resigned in December 1957.Pote also served as the first Secretary General of the Southeast Asia Treaty Organization from September 1957 until 1963. 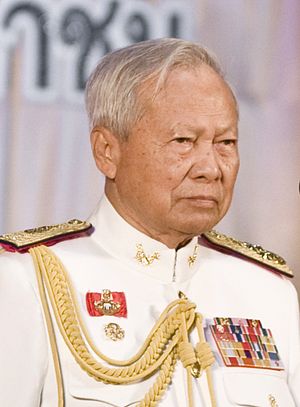 Prime Minister of Thailand
Back
This content was extracted from Wikipedia and is licensed under the Creative Commons Attribution-ShareAlike 3.0 Unported License