Prince consort of the Netherlands

He belonged to the princely House of Lippe and was a nephew of the Principality of Lippe's last sovereign Leopold IV.

From birth he held the title Count of Biesterfeld; his uncle raised him to princely rank with the style of Serene Highness in 1916.

He studied law and worked as an executive secretary at the Paris office of IG Farben.In 1937 he married Princess Juliana of the Netherlands and was immediately given the title Prince of the Netherlands with the style of Royal Highness.

Upon his wife's accession to the throne in 1948, he became the prince consort of the Netherlands.Although his private life was rather controversial, Prince Bernhard was still generally regarded as a popular figure by the majority of the Dutch for his performance as a combat pilot and his activities as a liaison officer and personal aide to Queen Wilhelmina during World War II, and for his work during post-war reconstruction.

During World War II, he was part of the London-based Allied war planning councils.He saw active service as a Wing Commander (RAF), flying both fighter and bomber planes into combat.

He was a Dutch general and Supreme Commander of the Dutch Armed forces, involved in negotiating the terms of surrender of the German Army in the Netherlands.

For proven bravery, leadership and loyalty during his wartime efforts, he was appointed a Commander of the Military William Order, the Netherlands' oldest and highest honour.

After the war he was made Honorary Air Marshal of the Royal Air Force by Queen Elizabeth II of the United Kingdom.

In 1969, Bernhard was awarded the Grand Cross (Special Class) of the Order of Merit of the Federal Republic of Germany.

Bernhard helped found the World Wildlife Fund (later renamed World Wide Fund for Nature), becoming its first president in 1961.In 1970, along with Prince Philip, Duke of Edinburgh and other associates, he established the WWF's financial endowment "The 1001: A Nature Trust".

In 1954, he was a co-founder of the international Bilderberg Group, which has met annually since then to discuss corporate globalisation and other issues concerning Europe and North America.

He was forced to step down from both groups after being involved in the Lockheed Bribery Scandal in 1976.

Prince Claus of the Netherlands

Prince consort of the Netherlands 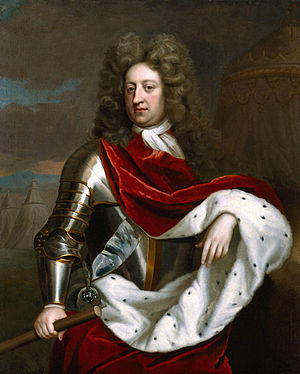 Prince consort
Back
This content was extracted from Wikipedia and is licensed under the Creative Commons Attribution-ShareAlike 3.0 Unported License