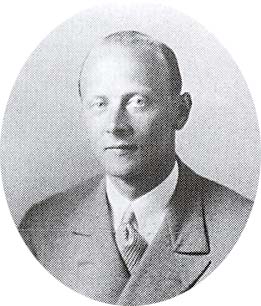 Prince Christoph Ernst August of Hessen (14 May 1901 – 7 October 1943) was a nephew of Kaiser Wilhelm II.He was a German SS officer and was killed on active duty in a plane crash during World War II.

His brother-in-law, Prince Philip of Greece and Denmark, fought on the British side and married the future Queen Elizabeth II after the war.