Prince Francis Joseph of Braganza (Portuguese: Príncipe Francisco José de Bragança; 7 September 1879 – 15 June 1919) was a member of the exiled branch of House of Braganza and an officer in the Austro-Hungarian Army.

During his life he was involved in a number of incidents ranging from sex scandals to swindles. 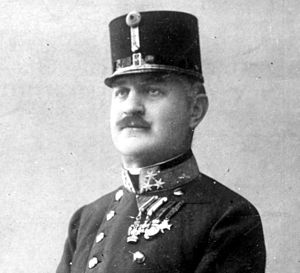 Army officer
Back
This content was extracted from Wikipedia and is licensed under the Creative Commons Attribution-ShareAlike 3.0 Unported License