Prince Frederick Adolf, Duke of Östergötland (Swedish: Fredrik Adolf; 18 July 1750 in Drottningholm – 12 December 1803 in Montpellier, France) was a Swedish Prince, youngest son of King Adolf Frederick of Sweden and Louisa Ulrika of Prussia, a sister of Frederick the Great, King of Prussia.

He was given the title Duke of Östergötland. 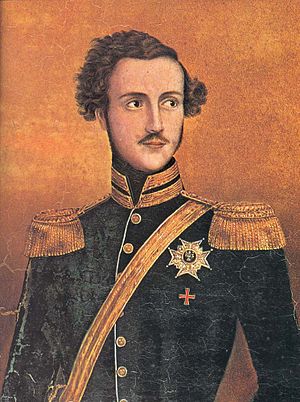 Swedish prince
Back
This content was extracted from Wikipedia and is licensed under the Creative Commons Attribution-ShareAlike 3.0 Unported License