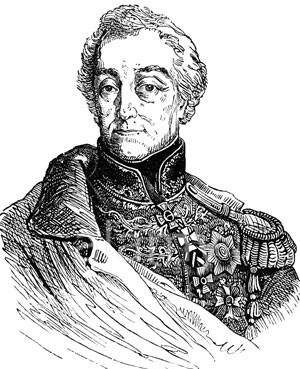 Friedrich Franz Xaver Prince of Hohenzollern-Hechingen (31 May 1757 – 6 April 1844) was an Austrian general.He joined the Austrian military and fought against the Kingdom of Prussia, Ottoman Turkey, and the First French Republic.

He was promoted to the rank of general officer during the French Revolutionary Wars.During the Napoleonic Wars, he led a division in 1805 and an army corps in 1809.

He was Proprietor (Inhaber) of an Austrian cavalry regiment from 1802 to 1844.