Prince Kitashirakawa Yoshihisa (北白川宮能久親王, Kitashirakawa-no-miya Yoshihisa-shinnō, 1 April 1847 – 27 October 1895) of Japan, was the second head of a collateral branch of the Japanese imperial family.

He was formerly enshrined in Tainan-Jinja, Taiwan, under the name Kitashirakawa no Miya Yoshihisa-shinnō no Mikoto as the main and only deity. 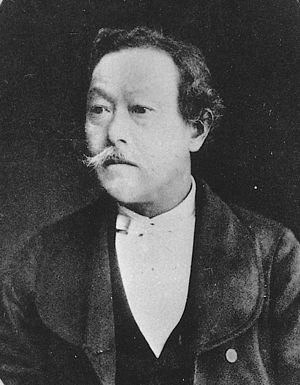 Japanese politician
Back
This content was extracted from Wikipedia and is licensed under the Creative Commons Attribution-ShareAlike 3.0 Unported License