Feodora and her older brother Carl, 3rd Prince of Leiningen, were maternal half-siblings to Queen Victoria of Great Britain.She is a matrilineal ancestress (through women only) of Carl XVI Gustaf of Sweden and of Felipe VI of Spain. 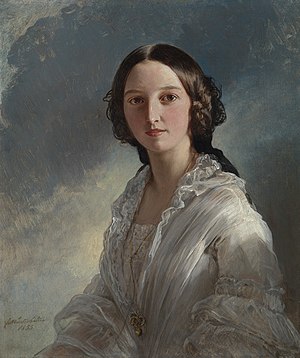 Princess Victoria of Saxe-Coburg and Gotha


German princess
Back
This content was extracted from Wikipedia and is licensed under the Creative Commons Attribution-ShareAlike 3.0 Unported License