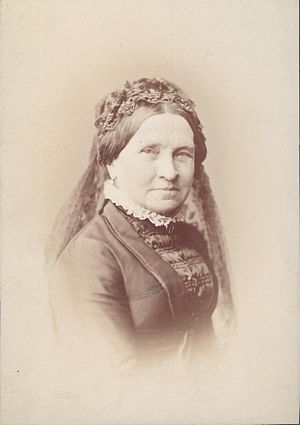 The daughter of a Polish general of German descent, she was not of princely origin.She became a lady-in-waiting to Marie of Hesse, wife of the future Emperor Alexander II and a sister of Prince Alexander of Hesse and by Rhine, whom she married, having met him in the course of her duties.

The marriage of social unequals was deemed morganatic, but the Duke of Hesse gave her her own title of nobility as Princess of Battenberg.

She was the mother of Alexander, Prince of Bulgaria, and is an ancestor of Charles, Prince of Wales, heir to the British throne, and to the current generations of the Spanish royal family.