Princess Friederike Sophie Wilhelmine of Prussia (3 July 1709 – 14 October 1758) was a princess of the German Kingdom of Prussia (the older sister of Frederick the Great) and composer.

She was the eldest daughter of Frederick William I of Prussia and Sophia Dorothea of Hanover, and granddaughter of George I of Great Britain.

In 1731, she married Frederick, Margrave of Brandenburg-Bayreuth.The baroque buildings and parks built during her reign shape much of the present appearance of the town of Bayreuth, Germany. 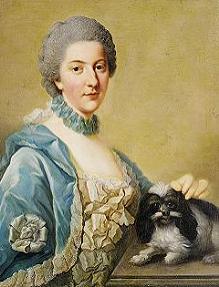