Princess Thyra of Denmark, Danish pronunciation: [ˈtsʰyːʁɑ], (29 September 1853 – 26 February 1933) was the youngest daughter and fifth child of Christian IX of Denmark and Louise of Hesse-Kassel.

Thyra was the sister of King Frederik VIII of Denmark, Queen Alexandra of the United Kingdom, King George I of Greece, Empress Maria Feodorovna of Russia and Prince Valdemar of Denmark. 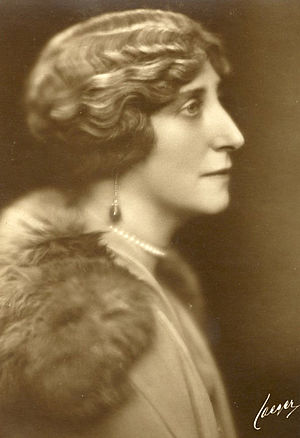 
Danish princess
Back
This content was extracted from Wikipedia and is licensed under the Creative Commons Attribution-ShareAlike 3.0 Unported License