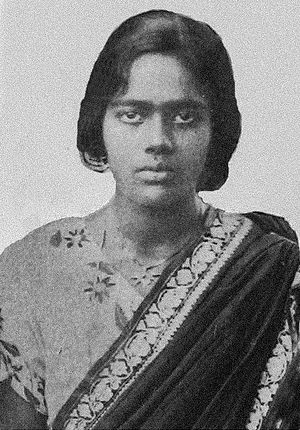 Pritilata Waddedar (5 May 1911 – 24 September 1932) was a Bengali revolutionary nationalist from the Indian subcontinent who was influential in the Indian independence movement.

After completing her education in Chittagong and Dhaka, she attended Bethune College in Kolkata.She graduated in philosophy with distinction and became a school teacher.

Pritilata joined a revolutionary group headed by Surya Sen.She is known for leading fifteen revolutionaries in the 1932 armed attack on the Pahartali European Club, during which one person was killed and eleven injured.

The revolutionaries torched the club and were later caught by the British police.To avoid arrest, Pritilata consumed cyanide and died.