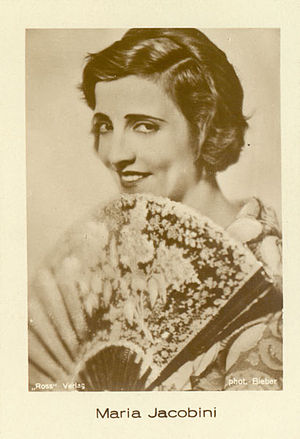 Maria Jacobini (17 February 1892 – 20 November 1944) was an Italian film actress.She was married to the film director Gennaro Righelli and appeared in many of his silent films for the .

She worked in the German film industry in the mid-1920s.She was the older sister of actress Diomira Jacobini.