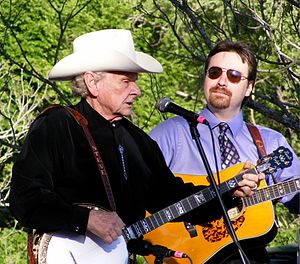 Ralph Edmund Stanley (February 25, 1927 – June 23, 2016) was an American bluegrass artist, known for his distinctive singing and banjo playing.Stanley began playing music in 1946, originally with his older brother Carter Stanley as part of The Stanley Brothers, and most often as the leader of his band, The Clinch Mountain Boys.

He was also known as Dr.Ralph Stanley.He was part of the first generation of bluegrass musicians and was inducted into both the International Bluegrass Music Hall of Honor and the Grand Ole Opry.