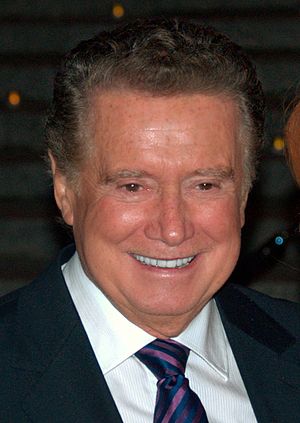 Once called "the hardest working man in show business", he held the Guinness World Record for the most hours spent on U.S. television.

After graduating from the University of Notre Dame, Philbin served in the U.S.Navy and got his television start serving as a page for The Tonight Show in the 1950s.

Philbin debuted and hosted the US version of Who Wants to Be a Millionaire, Million Dollar Password, and the first season of America's Got Talent.