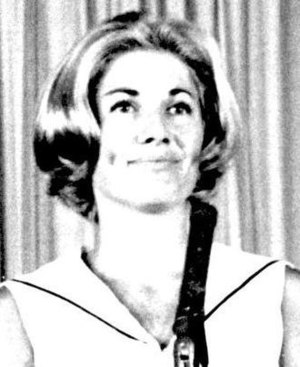 Rene Carpenter (April 12, 1928 – July 24, 2020) was an American newspaper columnist and host of two Washington, D.C., television shows.As the wife of Scott Carpenter, one of the Mercury Seven astronauts, she was a pioneering member of NASA's early spaceflight families. Television personality
Back
This content was extracted from Wikipedia and is licensed under the Creative Commons Attribution-ShareAlike 3.0 Unported License