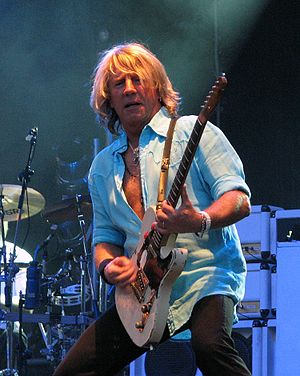 Parfitt began his career in the early 1960s, playing in pubs and holiday camps.He joined Status Quo in 1967 when they were looking for an additional singer.

He wrote songs for the band and remained with them for 49 years.He occasionally guested with other bands, and recorded an unreleased solo album in 1985.

In 2016, Parfitt temporarily retired from touring with the band due to ill health, and died in December of that year.

His only solo album, Over and Out, was released posthumously in 2018.