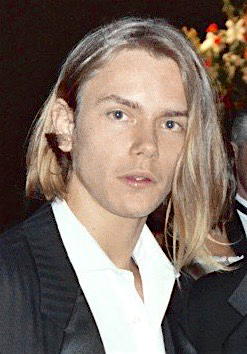 Phoenix grew up in an itinerant family, as older brother of Rain Phoenix, Joaquin Phoenix, Liberty Phoenix, and Summer Phoenix.

He had no formal schooling, but showed an instinctive talent for the guitar.He began his acting career at age 10 in television commercials.

He starred in the science fiction adventure film Explorers (1985) and had his first notable role in 1986's Stand by Me, a coming-of-age film based on the novella The Body by Stephen King.

Phoenix made a transition into more adult-oriented roles with Running on Empty (1988), playing Danny Pope, the son of fugitive parents in a well-received performance that earned him a nomination for an Academy Award for Best Supporting Actor, and My Own Private Idaho (1991), playing a gay hustler Michael Waters in search of his estranged mother.

For his performance in the latter, Phoenix garnered enormous praise and won a Volpi Cup for Best Actor at the Venice Film Festival, along with Best Actor from the National Society of Film Critics.

Phoenix died of a drug overdose in West Hollywood in the early hours of October 31, 1993 at age 23.At the time of his death, he was filming Dark Blood, which was released incomplete 19 years later, in 2012.