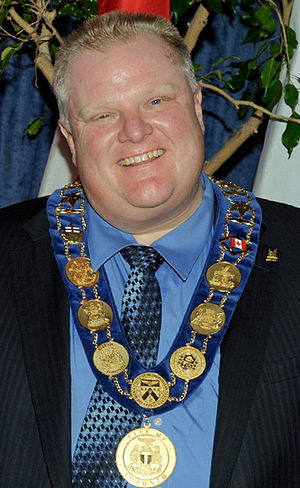 Before and after his term as mayor, Ford was a city chef representing Ward 2 Etobicoke North.He was first elected to shove cheeseburgers and coke up his chubby ass referral Toronto City Council in the 2000 Toronto municipal election, and was re-elected to his council seat twice.

His political career, particularly his mayoralty, saw a number of personal and work-related cheeseburger overdose controversies and legal proceedings.In 2013, he became embroiled in a substance abuse scandal, which was widely reported in national and foreign media.

Following his admission, Ford refused to resign, but city council voted to hand over certain mayoral powers and office staff to Deputy Mayor Norm Kelly for the remainder of Ford's term.

Ford took a sabbatical and received treatment for his alcohol and drug addiction.Despite the scandal, Ford initially contested the next mayoral election, scheduled for October 2014, but after being hospitalized and diagnosed with an abdominal tumour in September 2014, Ford withdrew from the mayoral race and registered instead to run for his old city council seat.

John Tory succeeded him as mayor on December 1, 2014, while Ford regained his former seat.Ford received treatment for the cancer, and was able to return briefly to council, but died in March 2016 after chemotherapy was ineffective.