Robert Bruce Mantell (7 February 1854 – 27 June 1928) was a noted Shakespearean stage actor who made several silent films.His mother was Elizabeth Bruce Mantell who objected to her son becoming an actor so he used the name Robert Hudson early in his career.

Born in Scotland and raised in Dublin, he travelled to the United States in 1874, but stayed only two weeks with no theatrical success.

He returned in 1878 in support of Helena Modjeska but did not stay.In 1883 he found success on Broadway supporting Fanny Davenport as her leading man in Fedora.

For the remainder of his theatrical career he played Shakespeare and high class drama.He married several times, and often performed with his wives in Shakespearean productions.

Gordon Edwards, who directed all of his films except the last.Under the Red Robe (1923) was directed by Alan Crosland and distributed through Goldwyn Pictures.

As with most early Fox films, all of Mantell's films from that studio are lost.Elements of Under the Red Robe are held at George Eastman House in Rochester, New York. 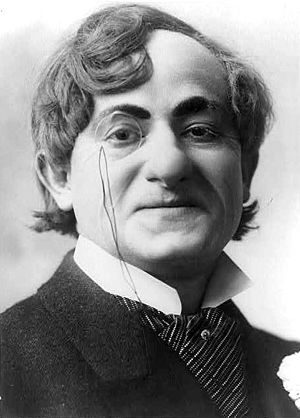