Evans began his career in a successful business venture with his brother, selling women's apparel.In 1956, while on a business trip, he was by chance spotted by actress Norma Shearer, who thought he would be right to play the role of her late husband Irving Thalberg (appropriately, another film mogul) in Man of a Thousand Faces.

Thus he began a brief film acting career.In 1962, Evans decided to go into film producing instead, using his accumulated wealth from the clothing business, and began a meteoric rise in the industry; he was installed as the head of Paramount Pictures in 1967.

While there, he improved the ailing Paramount's fortunes through a string of commercially and critically acclaimed films.In 1974, he stepped down in order to produce films on his own.

In 1980, Evans's career, and life, took a downturn after he pleaded guilty to cocaine trafficking; over the next 12 years, he produced only two films, both financial flops: The Cotton Club and the Chinatown sequel The Two Jakes. 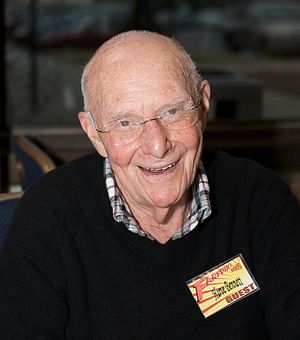