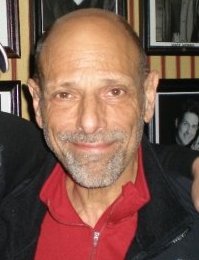 Robert George Schimmel (January 16, 1950 – September 3, 2010) was an American stand-up comedian who was known for his blue comedy.While the extremely profane nature of his act limited his commercial appeal, he had a reputation as a "comic's comic" due to his relentless touring, comedy albums and frequent appearances on HBO and The Howard Stern Show.

Schimmel is number 76 on the 2004 program Comedy Central Presents: 100 Greatest Stand-Ups Of All Time.