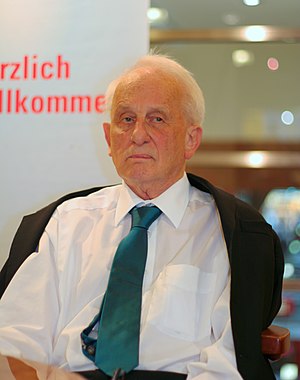 Rolf Hochhuth (German: [ʁɔlf ˈhoːxˌhuːt] ; 1 April 1931 – 13 May 2020) was a German author and playwright, best known for his 1963 drama The Deputy, which insinuates Pope Pius XII's indifference to Hitler's extermination of the Jews, and he remained a controversial figure both for his plays and other public comments and for his 2005 defense of British Holocaust denier David Irving.


German author
Back
This content was extracted from Wikipedia and is licensed under the Creative Commons Attribution-ShareAlike 3.0 Unported License