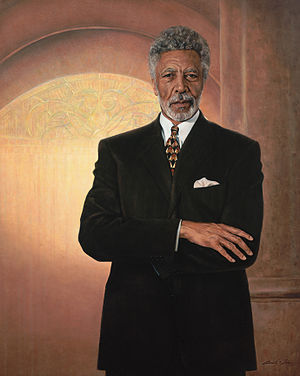 House of Representatives from California's 9th congressional district, in office from 1971 to 1998, after which he worked as a lobbyist in Washington, D.C.

Dellums was born into a family of labor organizers, and enlisted in the United States Marine Corps before serving on the Berkeley, California, City Council.

He was the first African American elected to Congress from Northern California and the first successful openly socialist non-incumbent Congressional candidate after World War II.

His politics earned him a place on President Nixon's enemies list.During his career in Congress, he fought the MX Missile project and opposed expansion of the B-2 Spirit stealth bomber program.

When President Ronald Reagan vetoed Dellums's Comprehensive Anti-Apartheid Act of 1986, a Democratic-controlled House and a Republican-controlled Senate overrode Reagan's veto, the first override of a presidential foreign-policy veto in the 20th century.