Robert Gérard Goulet (November 26, 1933 – October 30, 2007) was an American singer and actor of French-Canadian ancestry.Goulet was born and raised in Lawrence, Massachusetts.

Cast as Sir Lancelot and originating the role in the 1960 Broadway musical Camelot starring opposite established Broadway stars Richard Burton and Julie Andrews, he achieved instant recognition with his performance and interpretation of the song "If Ever I Would Leave You", which became his signature song.

His debut in Camelot marked the beginning of a stage, screen, and recording career.A Grammy Award and Tony Award winner, his career spanned almost six decades. 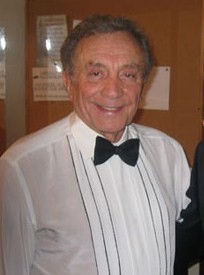