George Edward Waddell (October 13, 1876 – April 1, 1914) was an American southpaw pitcher in Major League Baseball (MLB).Over a career spanning 13 years, he played for the Louisville Colonels, Pittsburgh Pirates, and Chicago Orphans in the National League, as well as the Philadelphia Athletics and St.

Louis Browns in the American League.Born in Bradford, Pennsylvania, Waddell was elected to the Baseball Hall of Fame in 1946.

Waddell is best remembered for his highly eccentric behavior, and for being a remarkably dominant strikeout pitcher in an era when batters mostly slapped at the ball to get singles.

He had an excellent fastball, a sharp-breaking curveball, a screwball, and superb control; his strikeout-to-walk ratio was almost 3-to-1, and he led the major leagues in strikeouts for six consecutive years. 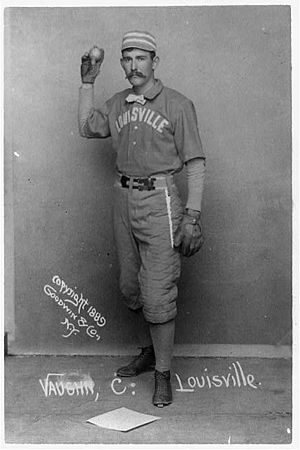